Home  /  Uncategorized  /  Bathroom Hygiene Tips No One Ever Taught You 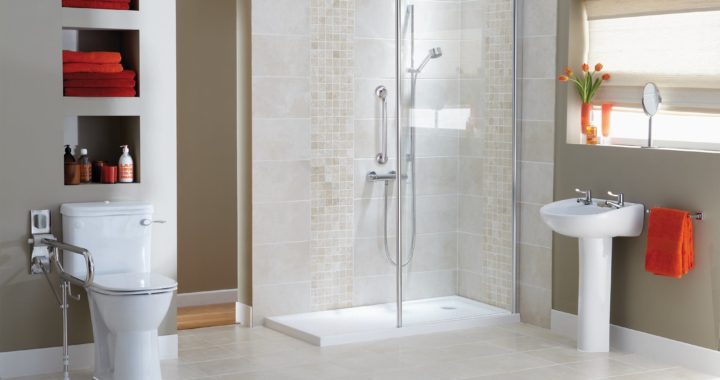 Growing up, you learn the basics of bathroom hygiene from your parents. By the time you’re in your teens, your duties escalate from making sure your towel’s hung up on the right hook to actually cleaning the bathroom, and your knowledge expands. But no matter how much you might think you know about keeping it clean in the bathroom, there are bathroom hygiene tips that no one ever taught you. Why no one ever taught you about them, you may never know. But now that you’ve got the following tips and tricks up your sleeve, be sure to pass them along. Because the only thing better than a clean bathroom is someone else’s clean bathroom.

From towels to toothbrushes and everything in between, your bathroom is where you get cleaned up — so shouldn’t you want to keep things there as clean as possible?  Even if you think you’re the queen of clean, take a moment to scroll through the following bathroom hygiene tips and consider adjusting your own bathroom accordingly. More than a few of the following tips were eye opening for me, and I’m taking them all into accord to bring my bathroom hygiene to the next level.

Though hand towels might seem fairly unsuspecting in the realm of bathroom hygiene, the truth is they’re one of the things that multiple hands touch consistently. And those hands aren’t always clean. According to The Huffington Post, because bath towels are extra thick, they lock in moisture and breed germs more quickly. In the article, laundry expert Mary Marlowe Leverette recommending washing your hand towels (and all bath towels) with vinegar in place of fabric softener. If you’ve ever left a load of laundry in the washer for too long, you know that vinegar is the cure for getting rid of that mildew and musty odor. Leverette recommended replacing your towels after about three uses.

Rather than just tossing your toothbrush in with the rest of your daily tools or, worse yet, in the medicine cabinet, the American Dental Association recommended you store your toothbrush in an upright position, in a separate place from everything else. The association noted that storing them in closed containers makes them more apt to breed bacteria.

You can use vinegar for cleaning more than just your bathroom towels. In fact, according to Better Homes and Gardens, vinegar is one of the most powerful tools to combat bacteria. You can utilize white vinegar to clean your toilet, your bathtub, your shower, your shower head, your bathroom tile, and more. Added bonus? You won’t have to worry about being trapped in your bathroom with all of those chemicals when you use vinegar.

You know you should replace your hand towels more often than you do — but what about the towel you use after your shower? Dr. Marisa Weiss told BreastCancer.org that using a fresh towel each time you get out of the shower is the best way to keep things clean. Bacteria can cling to towels, in the damp and thick environment that they provide, which can potentially put you at risk for an infection.

Shut The Lid When You Flush

In horrifying news, when you flush your toilet, germs and fecal mater fly everywhere. To avoid getting those germs and fecal matter all over your bathroom, shut the toilet lid before you flush. According to Good Housekeeping, Scrubbing Bubbles reported that 60 percent of people surveyed tend to skip shutting the lid. Start training your family to close the lid, and your bathroom will be so much better off.

Keep Your Makeup Brushes Tucked Away

Good Housekeeping also recommended keeping your makeup brushes tucked away, especially considering how many people don’t close that toilet lid before they flush and just how far that flush-spray can go. Storing your makeup and brushes in the bathroom can make them more susceptible to bacteria growth, too. So keep your beauty supplies and brushes out of the line of germs and designate a special drawer just for them.

Leave Your Phone Outside

Dr. Charles Gerba, professor of microbiology at University of Arizona, told Buzzfeed that “the average person uses their cell phone for two hours a day, so it’s very easy to recontaminate your hands and transmit the germs to yourself or someone else.” A study at the University found that nine out of ten phones carried potential disease-causing microbes, and 16 percent of cell phones tested positive for fecal matter. Leave your phone out of the bathroom.

Towel Bars Are Better Than Hooks

I have to be honest with you, I’ve always been a big fan of the towel hook over the towel bar. But after hearing this news from Good Housekeeping, I might have to change my tune. Apparently, hanging your towels on hooks helps moisture stay trapped between the folds of your towel, which can lead to mildew and bacteria growth. Spreading your towel out to dry on a towel bar might take a smidge more of your time, but it’ll prevent that bacteria growth in a big way.

How to Take Good Care of Your Toilet
Water Candle Filters

Keeping Your Home Clean During the Dusty Season

How to Sanitize The Bathroom

Five ways you can take better care of your kitchen

How to Take Good Care of Your Toilet

Great to have you back !

Great to see you here !

Sorry. No results match your search.